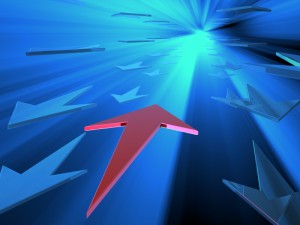 While we will be issuing a separate update with the full details, our recent infrastructure investment means that a powerful new data center with a fiber optic backbone is now in place for outstanding connectivity, increased security and minimal downtime. Stay tuned! We’ll be back in a few days with the full details!

2015 Forecasts See
Big Emphasis On IT

If you haven’t noticed, (and we’re sure you have) Information Technology is moving at warp speed. As Gartner releases early 2015 forecasts, IT continues apace to move up the corporate ladder for its ability to play a critical role in business successes or failures. The traditional IT utilitarian role is being challenged and amplified by important new opportunities within a digital framework. And it’s far more than hardware as IT and traditional marketing share common concerns and potential in the years ahead.

So what’s ahead for 2015 and beyond? For small business or large, it’s increasingly obvious that the digital age is well upon us, and those who ignore its pervasive influence do so at their peril. Gartner gives us their take:

Gartner defines these trends as those that will have significant corporate and organizational impact within the next three years. So get ready to check your pulse!

Computing Everywhere: While the predominant thrust to date has been on the physical creation of mobile devices, a parallel track will be creating environments where mobile users (and their devices) can flourish and be adequately managed in a diverse and complex environment.

The Internet of Things (IoT): The digitization of data and services creates what Gartner calls four basic models – Manage, Monetize, Operate and Extend. They stress that such a model applies not only to the creation of new physical devices and their operating software, but to existing hard or soft assets that can be extended or repurposed to leverage additional revenue streams. Examples might be creating subscription based models of an existing asset and/or creating pay-per-use opportunities for people, places, and things.

3D Printing: This industry is expected to grow by 98 percent next year, and with it a litany of industrial, biomedical, and consumer applications.

Smart Machines: machines that act autonomously and responsively to their environments and demands.

Cloud/Client Computing: flexible, scalable, elastic applications deliverable to and from the cloud.

Software-Defined Applications and Infrastructure: agile programming to deliver software with sophisticated flexibility to move from static to dynamic environments and requirements.

Web Scale IT: an evolving dedication by larger enterprise to concentrate on building extensive cloud based services and infrastructure.

Risk Based Security and Self Protection: A layered, sophisticated approach with security aware applications knowing that there is no such thing as being 100% safe.

Top CEO Technology Investments
For The Next Five Years

According to Gartner’s 2014 Gartner CEO and Senior Executive Survey embracing a digital future is key to performance for the next five years. A late 2013 useful (& free) version of the study is available here. While both surveys gathered the opinions of top executives from firms with revenue of $250M or more, savvy firms of all sizes can take heed!

In a nutshell, there’s no doubt that CEOs are recognizing the importance of applying technology much more aggressively in the future, as well as placing a higher value on the CIO function.

Whereas in prior years the IT function was primarily utilitarian, the new emphasis incorporates and emphasizes innovation and the strategic deployment of digital technologies to enhance revenue streams. As Gartner suggests, this may create some churn within the marketing-traditional IT function as each is challenged to become something more. 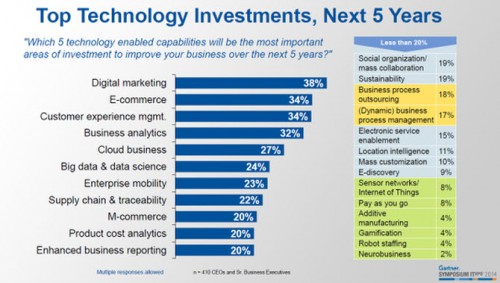 12 of the best new features in Android Lollipop

Microsoft Update Blunders Out of Control?