Will Virtual Reality
Change Our World? 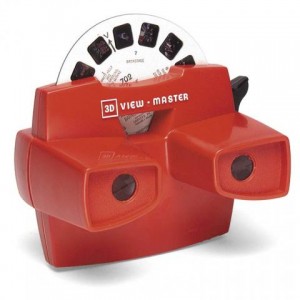 Remember the View-Master? Sure you do. Kids loved them. Parents bought them and then, over time, the idea became just sort of–well– old. But there’s something about a good idea that gets dusted off and reincarnated as Virtual Reality.

Hello. Does the physical form of Oculus or Google Cardboard remind you of something?

Will VR become immersive, old hat, or simply too, well, bulky and alien? Facebook just bought Oculus for a cool

But, I digress, Here’s one-way pundits feel a VR experience is coming to you, at you, above and around you.

“Holy cow.
My feet are planted firmly beneath me, but somehow I’m stepping into and through a map on the wall, when a blast of warm air ruffles my blouse. Now I’m on a sandy beach in Hawaii. A spray of clean ocean air mists my face. But before I can reach out and touch the fanned leaves of a sun-kissed palm tree, the ground beneath my feet shakes, and I’ve been sucked through a wormhole. Seconds later, I find myself in the swank lobby bar of a Marriott hotel.”

See the experience from the outside looking in at CBS. You’ll have to watch a commercial first, but it’s fun to watch folks actually give it a try.

And for a whole lot of fun at practically zero cost, visit Google Cardboard! Buy or make your own, and then add some macho or whimsy to really make it your own.

Photonics researchers at the University of California, San Diego, have found a way to dramatically increase the amount of digital information that can shoot through fiber optic cables. This addresses the problem of data load and bandwidth limits inherent with fiber optic cable and the insatiable human demand for more information.

But, no matter how much we want to share, distribute and know, Internet bandwidth is the limiter. And recently there has been far more concern about approaching bandwidth limits.

Nathan Eddy of Information Week notes that the UC San Diego research has “increased the maximum power, and, therefore, the distance, at which optical signals can be sent through optical fibers, indicating a new path towards ultra high-speed Internet connectivity.”

Read more at Information Week. For UC’s take on the research scroll down the page to “Moving Loads of Data.” 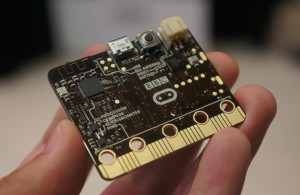 Micro:bit: a tiny computer the BBC is giving away to kids for free!

According to Engadget and others, the broadcaster will be giving away 1 million devices to every year 7 student (11 and 12-year-olds) in the UK this October, with the idea being that they’ll form the core of their learning and projects. Being so small, students will be able to carry them between classes, compare modifications in the playground and collaborate on assignments.

The BBC will also be launching a website later this summer where students can learn how to program the Micro:bit and simulate creations before transferring them to their device. Engadget has more pictures and info. Personally we think kids of all ages might like one. Could we, please?

Considering a switch or upgrade to one or more dedicated servers? We’ll work with you personally to make sure you get an optimal configuration with a comprehensive and professional setup — backed by some fifteen years of deploying and configuring platforms from the simple to the complex. And should you want managed servers for greater peace of mind, we’re at your ready.

SiteVision, Inc. and its development team have elected to sponsor The Lucee Association Switzerland (LAS) in its quest to continue modernization of CFML. Lucee is a public source derivative, or fork, of the Railo CFML open source engine which is backwards compatible with both Railo and Adobe ColdFusion.

The Lucee Project is led by the Lucee Association Switzerland, a non-profit Swiss association. It is a growing international project that is committed to the success of its community delivering quality, free, open-source software within a nurturing and supportive

Lenovo PC Stick: Plug Into Any TV or Monitor And Have a Windows PC

A Sleek, New, Souped-Up Fitness And Sleep Tracker With Alerting.