Most people at some point in their digital life have shopped Ebay, set up a password, credit card, username and the like. A week or so ago, eBay announced an enormous hack: some 145 million accounts, and urged users to change their usernames and passwords. Hint: even if you have an old account and rarely or never use the service anymore, go ahead and take care of it now. Many users create the same credentials for the other sites they use, and are thus comprised yet again.

What Took So Long To Notify Users?

This breach apparently happened as early as February. eBay announced the Hack May 21st, and then neglected to email users for several days more. Users are angry. States are investigating. Among states looking into the matter are Florida, Ilinois, California and Connecticut.

To date eBay has yet to explain the delay nor present a clear picture of exactly what happened. You can read more at Forbes, Yahoo Tech, eBay Announcement 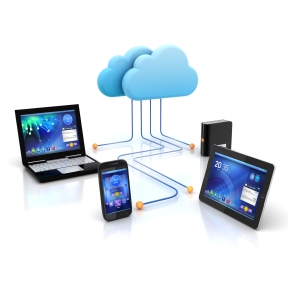 As always, we have significant offerings in Software As A Service (SAAS), Global Information System (GIS) and Facilities Management (FM) development with ESRI ArcGIS Hosting; custom and back-end application and web development; and content management systems – all for a wide variety of industries. We are now a VITA hosting and SAAS service provider, as well. Many of our customers have specialized hosting and application requirements, so don’t hesitate to ask!

If you haven’t visited us lately, come see us and our offerings! We’re always here to help with your questions! http://www.sitevision.com

Spotify is the latest to notifiy users of a breach and will be asking some users to re-enter passwords and usernames. The intrusion was apparently limited to one account, but the company is taking the matter seriously.

The company also said they would ask android users to upgrade their application.

You can read more at Zdnet

The WWDC is being held in San Francisco, CA, June 2-6. The big excitement? Apple is expected to announce a significant entrance into the connected smart home space we discussed last month in “the internet of things” – that is, connecting more of our stuff to our other stuff in a unified way. Apple’s view is that it will build control of things like appliances, lights, security systems right into your iOs device instead of relying on 3rd party apps. Also expected are new versions of iOs and OS X.

But at least a few wonder if the excitement has gone (perish the thought). Will the conference bite, or will there be some tasty tidbits? What about iPhone 6. Will there be something developers can really get excited about?

It will all be clear soon enough. By the way, Apple will be steaming the keynote presentation, and will be posting videos online.

You can read more at TechCrunch, WWDC, Digital Trends.

Taking a run at Samsung’s Galaxy, the LG G3 turns up the heat with a 5.5” screen with 2560 x 1440 pixel resolution, laser-guided photography, a quad-core Qualcomm Snapdragon 801 processor with a clock speed of up to 2.5GHz, and a removable 3,000mAh power block.

It supposedly hits the UK in July, but you can take a closer look at LG, Cnet or TechRadar.

In a helpful article from KETR out of Texas A&M, you can find a ste-by-step guide to regaining control over your phone.  The author discusses both a preventive step and a step-by-step cure.  You can read more here.