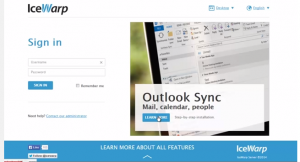 In the next few weeks we’ll be upgrading your email account with an enhanced interface and features. The upgrade will be done after hours, so you should not be affected during your standard business day. Many enhanced visual, usability and security features will be included in the upgrade for administrators and users, alike!  Here’s a brief overview. 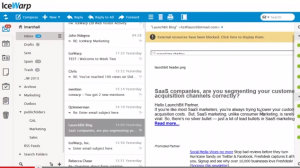 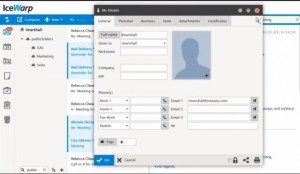 As noted for Administrators, sophisticated security technologies protect you at the server level while a new user-friendly interface beckons!
New Modern Design: A stunning new visual and functional concept can be found inside and out. The redesign is inspired by a modern visual language with flat icons, soft colors, larger type and simplified layout.
Hi-Resolution Graphics: Graphics elements are able to uniquely adjust in size to various pixel densities of modern displays so that the UI is always looking ultra sharp, independent of screen resolution.
Touch Screen Friendly: Dedicated radiator buttons allow you to “right-click” while using touch devices, such as tablets and hybrid notebooks.
Updated Mobile Interface: We didn’t forget about smartphones either. The WebClient interface for mobile browsers sports new, modern visuals.
[divider]

According to Microsoft, XP support for Enterprise customers is going away on April 8th, 2014.  The same goes for Office 2003.  Since nearly a third of the planet’s users still use XP, according to ZD net, it’s a bigger deal than one might think.  You can read more at Microsoft and ZDNet who has positive vibes about the offering

Google is now using a secure https connection from your computer onward in its journey to wherever – this in response, of course, to leaks about NSA snooping.  The fix only works with Gmail users, and not with Microsoft or Yahoo, as they haven’t yet instituted the same security measures.  Both claim to be “working” on it.  You can read more at CNN, and TechCrunch

Microsoft Announces Office for iPad.  But Will It Matter?

The new offering attempts to take a cue from Apple’s  mantra of beautiful simplicity, but does it work?  According to CNN it’s an  interesting, attractive offering, but whether it will replace more  familiar productivity apps is questionable.  Office is now available in the  iTunes App Store for free – but only for reading documents. If you want to  create and edit content you’ll have to pony up an Office 365 subscription,  starting at $70 a year. You can read more at CNN and Engadget and ZDNet

UPDATES:  Office for iPad Tops Apps Charts.  Free on IPhones and Android.  What Does MacWorld Think?