August Newsletter: Windows 10 Will You Get It? 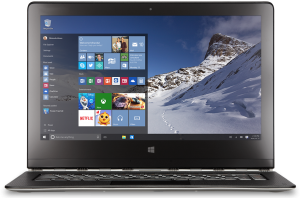 By the time you read this, Windows 10 will have formally launched.

And remember, until July 28 of next year, it’s available free to non-pirated versions of Windows 7 or 8 devices.

But do you want it? Will you love it? How do you get it? When?

IT departments will have one view, which is sure to be a “wait until the dust settles” mental, and until they feel stability is a known.

Consumers, however, will likely be intrigued by mostly positive reviews thus far, and a pretty heavy nudge by Microsoft with it’s “free for all, almost” approach. The new, leaner Edge browser and Cortana, your personal assistant, are among intriguing inclusions. And, if you’re in the market for a PC, it will come preloaded for most. You can check out online reviews below!

More controversial was a Microsoft decision to make updates mandatory, especially when a recent video driver crashed systems throughout the preview community. To counter the hue and cry, Microsoft has issued package KB3073930, a download which allows you to hide or block Windows and driver updates – last reviewed on July 28. According to ZDnet the package is labeled for use with the Windows 10 Insider Preview, but based on its performance on the final (10240) preview build, ZDNet felt it should work with the final release beginning July 29.

Overall, is the feeling that Microsoft has finally gotten it right, or very nearly so.

You can read more at:

ZDNet (Numerous topics on everything Windows)

Microsoft (All the details they want you to know!)

Microsoft has rushed out an emergency update for a critical windows vulnerability that would permit a takeover of your entire system. So, if you don’t engage in automatic Windows updates, take heed.

From PC World To verify if your PC has the critical update on Windows 8.1 (Windows Vista and 7 users will have a similar process), open the Control Panel, search for “Windows Update”, and then choose View update history. Towards the top of the list, you should see a security update with the number KB3079904.

If you don’t see it and want to install this update right away, run Windows Update manually—a restart will be required.

Android: Nearly one billion phones are at risk with a newly discovered texting flaw.

Called “Stagefright,” NPR says here’s how the attack would work: The bad guy creates a short video, hides the malware inside it and texts it to your number. The bad news is you don’t even need to open it before it begins processing. Once it’s activated the attacker can take complete control of your phone.

Important links with additional info and potential fixes are listed below, and Google has patches and has notified the major carriers and manufacturers. But the process is likely to be slow and uneven.

Whether it gets put into people’s phones is not in Google’s hands.The NPR article notes: “In this case Google is not the actual one to blame,” says Collin Mulliner, a senior research scientist at Northeastern University. It’s ultimately the manufacturer of your phone, in combination possibly with your carrier.”

What To Do Now!

Probably the most immediate thing you should do is disable automatic downloading in your messenger app. If your app is older and doesn’t have this feature, it may be time to get a new app!

Lenovo PC Stick: Plug Into Any TV or Monitor And Have a Windows PC

Personal Seismic Gadget Warns You Before The Big One Hits

Google Shows You Everywhere You’ve Been

10 Of The Best Gadgets So Far This Year