iOS Now Gets 58% Share of the Mobile Enterprise Market

Although Apple’s operating system has increased share, according to Citrix (who aggregated data from its customers), there are some caveats.  Where business is communicating with consumers directly, such as in retail, IOS has maintained, even increased, its lead overall.  On the other hand, where there are mobile workforces in the field such as in transportation and utilities, Android is the preferred OS.  Plus, Android is the fastest growing platform in Europe, the Middle East and Africa.  Windows mobile OS is sadly insignificant except in Europe, Middle East and Africa, where it shows a 21% market share.  You can read more of this interesting report here with at-a-glance graphic comparisons of various OS market attributes.
[divider]

With some pretty slick handsets already out there by Samsung, Sony, HTC and Google, will Apple reevaluate its game plan?  Rumors abound.  Many suggest we’ll see an iPhone 5s in the June, July time frame, and an iPhone6 later on.  Will we see a faster processor, better camera and new software (perhaps the iOS7 update)?  Is a fingerprint reader in the mix, or NFC? Will we see a plethora of color options?  A special “Home” button?   Personally, and as a new Nexus4  owner, I’m thinking Apple may be getting a little long in the tooth, especially at Apple price points.  So will they concentrate on a lower cost unit to appeal to both the Euro, Asia markets?  Or will they tempt us with a truly noteworthy model that both surprises and pleases? Here are some links from the rumor mill:  TechRadar  GottaBMobile  IBTimes
[divider]

Uh-Oh.  In a roar heard round the world, RSS Google Reader users begged, pleaded with and cursed those at Google who decided to kill it.  One publication showed the familiar RSS button on the face of a tombstone.  And dead it is, apparently, as of July 1st.  So what’s next?  One app, Feedly, apparently picked up some 500,000 converts practically overnight, so to speak.  So if you like to get tailored news feeds whether for technology, personal or enterprise purposes, it’s time to look elsewhere. Cnet has some suggestions, as does The Verge and Forbes – all good starting points to strike out on your own.
[divider]

Brick and Mortar retailers like Walmart, Best Buy and others want it to level the playing field.  Online sellers like eBay, and online catalog companies don’t.  In the recent non-binding  budget vote, the Senate approved a proposal to authorize states to collect sales tax on Internet and catalog transactions between their residents and out-of-state retailers. Presently, state tax authority over retail transactions extends only to retailers with a physical presence in the jurisdiction.  Sure to be hugely controversial,  here are a few articles worth reviewing whether you have a dog in the fight, just regularly purchase online, or are a smaller online seller.  The Tax Foundation  Business Week TechCrunch
XXX

Windows 8. Hot Mess or Innovative Must Have?

[image source_type=”attachment_id” source_value=”4452″ align=”left” size=”Small 150 width” quality=”95″]Microsoft’s launch of Windows 8 is creating plenty of stir, and reviewers give it mixed (really mixed) reviews. Some call it a Schizophrenic mess. Others, not so harshly, say that because of Windows OS dominance worldwide and its legacy support, there’s really no getting around it – eventually – that appearing to be the operative word.

Information Week, quoting a Gartner analyst, claims that while Windows apps dominated by up to 95 percent in the mid-90’s, that figure has dropped to 50 per cent in the last years, and overall less than half of the most common enterprise apps are now OS specific. In other words, the world is becoming less PC centric and more vested in the cloud. Nevertheless, Gartner claimed, IT departments are almost forced to consider Microsoft Office first, since the alternatives are still a work in progress, and because MS Office has an enormous worldwide footprint.

Importantly, Michael Silver, the Gartner Analyst, felt that up to 90 percent of IT departments will skip a broad Windows upgrade for at least a few years. According to Silver, Microsoft knows it, and the new Windows iterations are really all about selling more tablets and extending share of the mobile market. 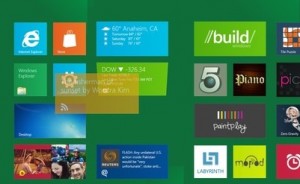 Now for the Schizophrenia. According to most reviewers, Windows 8 loves to be touched. If you’re a Win tablet user, that’s not so bad. If you’re a PC user, it can be really annoying and frustrating. This is because it’s a touch-oriented experience from the get go, and using your mouse in the traditional way is confusing and unappealing. Add another odd iteration for low cost tablets, the RT UI, and things get foggier yet. This version won’t run existing applications, uses only the Metro UI, and is only available bundled with the new device you’ll have to buy. You’ll need all new apps (whose and when?), and currently costs about as much as iPad. So, any big benefit is yet to be discovered. It does, by the way, come bundled with Office, but that’s it. Oh, and what about all the apps you’ve come to know and love?

In all, however, at least for the time being, it appears that some 600 million (plus) PC’s will eventually need an upgrade, and the some 400 million new units sold will come bundled with, you guessed it, Windows 8.

New Reviews are coming in fast. Several informative links are below to help you digest the pats and pans.

Visit our Help Desk to see the new requirements. We also strongly suggest existing users update their current passwords to meet this standard.

Visit this Help Desk link to find out the details:

Following last year’s hack of some major Internet sites, checking your password savvy makes sense. Right? In SplashData’s annual list of the worst passwords, a few “duhs” come to mind, but there are also a few new twists and turns, so don’t, really – do not – use any of these, and think about how secure your existing ones are. Our new requirements as mentioned above should help you avoid these, but check your other online passwords.

Here are the top 10 most awful. Some other new ones that made the list? welcome, jesus, ninja, mustang, password1

A 40-Year History of Excellence

You can visit them here

As a seasoned veteran in the geospatial sector, SiteVision has been planning, developing and hosting GIS Internet applications since the mid 1990’s. The firm’s experience ranges from evaluating, recommending, and designing local, regional, and state GIS applications and related infrastructures, to developing national systems designed to store and access multiple petabytes of geospatial Information.

Community and Incentive website portals, a useful feature previously developed in cooperation with SiteVision, will be incorporated into the enriched site.  Community information provides users with a summary of specific neighborhood information including school zones, voter precincts, trash collection, and youth athletic regions. The incentive portal provides a summary of City, State and Federal incentive programs available to a specific parcel.

The firm has its home office in Roanoke, VA, with sales offices in Charlottesville, VA and Miami, FL.