With over 75 million installs and counting in just a few months, Windows 10 is here to stay. So what’s the verdict so far? Most say this is the best since Win7. But that begs a question. Win8 was almost universally dismissed as, well, you know, a critter that barks. 8.1 was a step in the right direction and wasn’t hated – even garnering some positive reviews. So how does Win10 stack up? Read More . . .

Hosting: When Out of the Box Just Doesn’t Fit.

Hosting is often an off-the-shelf package to fit all. It can feature attractive pricing but frequently comes at a high price in lack of personalized help, annoying downtimes, and slow access . . . 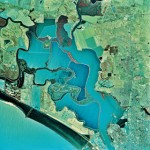 The City of Roanoke, Virginia has contracted with SiteVision, Inc. for ongoing support and enhancement of the City’s Geographic Information Systems (GIS). The city’s GIS system is used extensively by the public, as well as by city employees. The firm, together with the city, collaborated to design the original GIS architecture, along with improvements over the years . . .

iPhone 6S Blows Past Sales Record But Watch the Numbers.

Apple iPhone 6s garnered 13 million in sales in just 3 days, but this time China, the world’s largest economy was included. Market watchers are busy analyzing the results and will look toward upcoming sales figures. In 2014, the iPhone 6 and 6 Plus were not available in China during Apple’s first release wave. This year, Apple included China in its first wave, along with the U.S. and 11 other markets.

But no matter — Apple enthusiasts cued up, paid up and went away smiling until the phones ran out. For those who weren’t so lucky, the phone is back-ordered in six markets from one to four weeks. 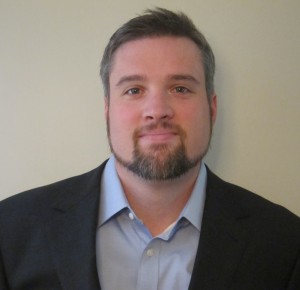 Roanoke VA October 8, 2015— Seth Feldkamp has joined Sitevision, Inc. as Senior Web Application Developer reporting to Phillip Molaro, Development Manager.  As a senior developer he will be responsible for web application governance, development, and maintenance, and will function as a team leader in technical growth, new systems, training and research.

He was formerly Web Developer for National Seminars Training, an organization that provides online individual and corporate training and development solutions. Feldkamp created, architected and prototyped numerous applications to manage and enhance the firm’s internal information systems.  He also was an active participant in developing information management applications to enhance curriculum offerings and customer experience. Prior experience includes that of Web Developer for Uhlig, LLC, a provider of advanced publishing solutions.

SiteVision, Inc. participates in, or is available through, the following state and federal contracting vehicles, and is an SOC 1 SSAE 16 Type II compliant firm:

The firm has its home office in Roanoke, VA, with sales offices in Charlottesville, VA and Miami, FL.